In general, the modern town of Heraklion, today the largest in Crete with more than 170.000 inhabitants, was set during the Venetian period (1200-1660).

Heraklion in the 14th and 15th Century

Mainly in the 14th and 15th Century Venetians started to build the present town fortification and many public and religious buildings having faced a devastating earthquake in 1303ad. The town fortification, the harbor castle (Kules), the admirals and the Lions fountain are still well preserved after minor restorations. Some other Heraklion historical buildings and churches have been either considerably renovated (St Peter’s church) or totally reconstructed (like present Palazzo Ducale). In most constructions they used well curved and shaped limestone (silty or sandy) from the nearby areas, and in various dimensions depending on the type of constructions. Masonry was used in floors and roofs. 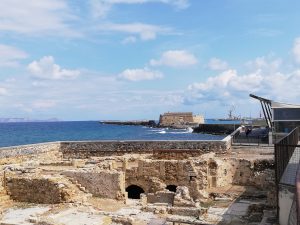 The Ottoman period of Heraklion

In the Ottoman period that followed till the end of 19th century left quite a few remnants like public houses and fountains. The main reason is due to the 1856 ad devastating earthquake that stroke Heraklion and eastern Crete. It is reported that from the 3620 houses only 18 were standing up and were inhabitable. The majority of buildings of this period were made as a combination of stone and masonry. Especially masonry was filled with plaster or soil and was called Bagdati. Quite a few examples of these houses, which were built just after the big earthquake (1860-1890), exist today. At Rethimnon more buildings of this period are preserved as it was less damaged by the 1856 earthquake. 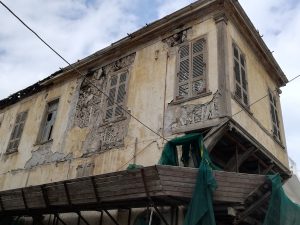 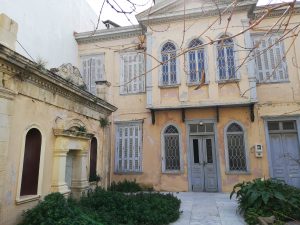 Heraklion historical buildings at the end of 19th century

After the deliberation from the Turks in the end of 19th century and especially with the reunion with Greece, many Neoclassical (1910-1950) buildings started to appear in the town. Typical houses had two or three floors, quite high ceilings and long windows. Again the same limestone as of the Venetian era was used for the facets, doors, balconies and other architectural elements. Walls were made either by limestone or by bricks, whereas progressively cement was combined. 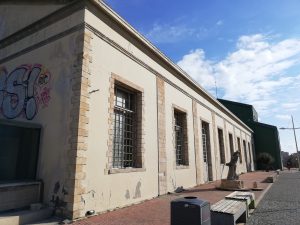 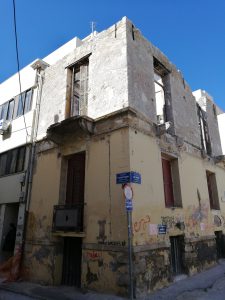 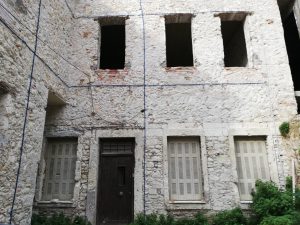