The Arkalohori seismic sequence during the summer of 2021

Home/News/The Arkalohori seismic sequence during the summer of 2021

The Arkalohori seismic sequence during the summer of 2021

An unusual seismic sequence has being recorded the last two months (from June 2021) about 20 kms SE from Heraklion, the main city of Crete.

The sequence started on June 4, with a very swallow EQ of 4,2 R near the town of Arkalohori and till the 7th of August it resulted in more than 150 events over 2 R scale. The main shock happened on the 24th of July with magnitude 4,8R, while seven more EQs exceeded 4R scale. 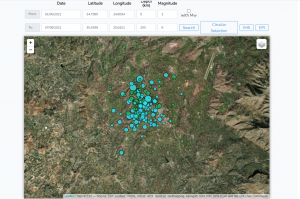 The Arkalohori seismic sequence was felt by many people

Many people in the broader area of central Crete felt the seismicity, even if most of the EQs were low to moderate. At the broader area of Arkalohori, several small faults in various directions had been mapped. None was considered as active or possibly active. During the sequence, several individual faults were activated either as oblique or typical extensional faults. 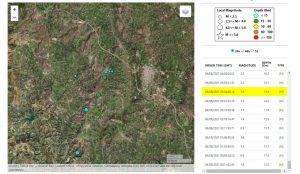 The seismicity in the town of Heraklion

People even at the town of Heraklion were afraid or seriously concerned about this intense and continuous seismic activity. However, till the main shock no damages were reported. Following the shock of 24th of July, in few villages around the epicenter, small damages in old, stone constructed buildings, and in some churches’ bell-towers were identified. In total about 100 buildings were affected. 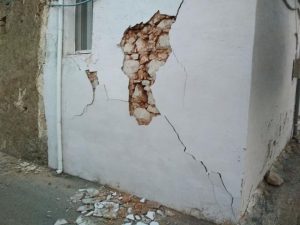 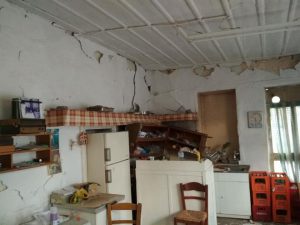 The sequence seems to fed away after the 24th of July, however on the 7 of August another aftershock of 3,6 R scale happened together with other 6 events of smaller magnitudes.

As of August 24th the seismicity still continue in the area with more sparse and small magnitude earthquakes (less than 3,5R). 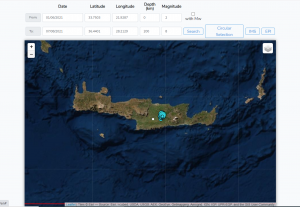